I have a new shiny thing

So, like I mentioned the other night, I’ve been playing a Vita RPG called Demon Gaze.  I have a portion of our house that I’ve set aside as a gaming station, so it has a nice comfy chair from Ikea, a couple of TVs and – of course – a nice collection of gaming consoles.

I was sitting in the nice comfy chair the other night playing Demon Gaze, and my wife walked in and asked why I wasn’t playing it on the TV instead of hunched over the Vita screen.   She’s seen me use Remote Play to play PS4 games on the Vita, so assuming it worked the other was is quite honestly a reasonable assumption.

I explained that, for some reason, Sony hadn’t seen fit to enable that particular bit of functionality, but that they made a small box that was basically a screenless Vita, and that…

…and that’s about as far as I got before she told me to just order one and call it a Christmas present.

So, since I had a spare Vita memory card and DS4 around, I bought the basic PlayStation TV package.

I expected that, to be honest, since that’s a game really doesn’t muck around with the wackier features of the Vita.  It’s really quite nice to be able to play it on a reasonably-sized screen and not having to constantly look down at my hands is much easier on my back.

The PSTV also supports a surprising number of my Vita titles, and of course the majority of PSP and PS1 titles.  Again, all as expected.

What I DIDN’T expect was how tiny the thing is.  For scale, I have attached a photo below of the device next to another popular Sony product: 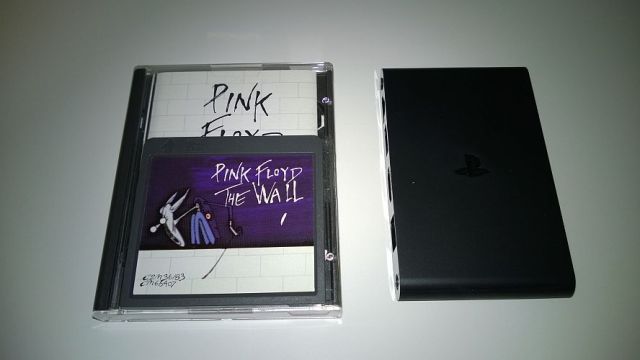 At any rate, I’ve always had a soft spot for extreme niche products, and this definitely qualifies. 🙂