Just Another Amnesiac With A Mysterious Past

Sony portables have been pretty much rhythm-game machines for me for the better part of this year, so it’s something new to find myself playing Demon Gaze, which is essentially a very pretty take on the Wizardry / Might & Magic formula.  You assemble a party, wander around grid-mapped zones, fight monsters and take their treasure, that sort of thing.

The twist is that your main character can capture demons, using a special attack called the Demon Gaze, and then use them to fight for him.  The demons are named after planets, for the most part, though a demon named Hermes confused me until I remembered that it’s another name for Mercury.  Presumably that means that there will be nine in total, though I haven’t gotten that far.

It’s great fun!  I haven’t played anything in this genre in ages, and this one is considerably more forgiving than I remember them being.  It automatically maps for you, for instance, and notes hazards and points of interest on the map as you go.

It doesn’t, however, hold your hand when it comes to combat difficulty.  When I ran into the very first boss of the game, for example, she turned out to be a chainsaw-wielding maniac who killed my party in two turns. 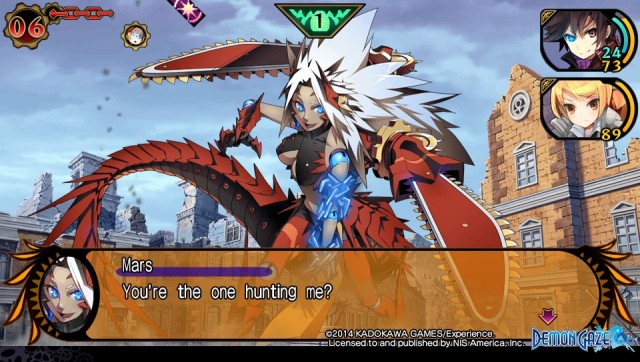 After the rather nasty defeat, I spent a great while grinding up levels and buying the extra inn rooms that allowed me to have a third and fourth party member, and the return visit went much more positively.

If you like random loot drops, this game does them pretty well.  You get a ton of vendor trash as you fight through the assorted bizarre creatures, but every now and again you luck into a seriously powerful piece of kit that leaves you feeling – at least for a little while – like a merciless god of destruction.

Then your paladin gets one-shotted by a Vorpal Bunny and the feeling sort of fades.

No, really, Vorpal Bunnies.  Note dead paladin on the right. 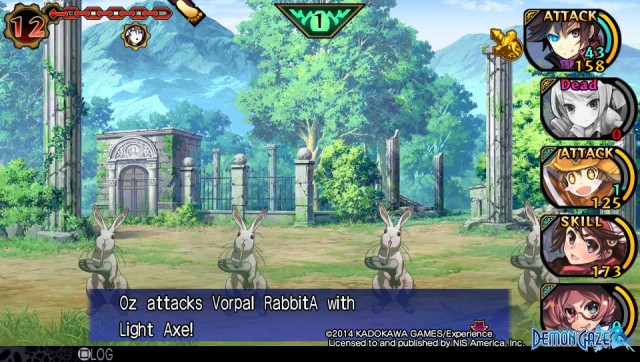 While building your party, the game will make suggestions as to which sort of compatriots you might like, and it leads you towards a very traditional sort of group, with a tanky sort of character and a healer, but it allows you to override its suggestions and go with any sort of party composition you might want.  If you want to tackle the game with four wizards and your Demon Gazer, well, go right ahead and see how that works.

I’m boring, so I took most of the game’s default suggestions.  It’s been working out pretty well even at the default difficulty, and the option to lower the challenge is always there if I need it.

So far I’ve run my Vita completely out of charge once playing it, and that’s about as high of praise as I can give. 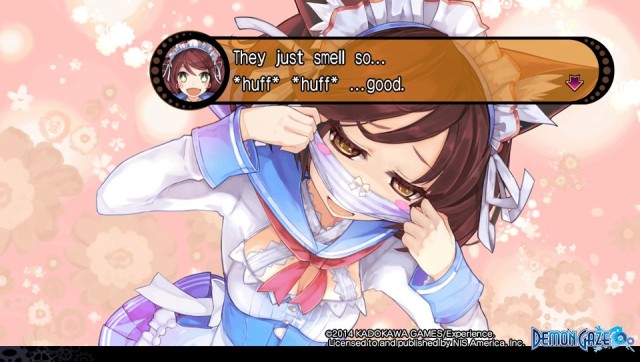 …but you still may want to avoid playing this one on the bus.