That romanization there, “Showko”, that hurts to type and to look at, but it appears to be the more or less official romanization for the name of your opponent in Super Real Mahjong PII, the oldest of the “Super Real” series released for the Saturn, and the last game in the series I have to play.

I’ve met Showko before.  The first of the Super Real series I played through was the Neo Geo Pocket Color “Super Real Mahjong Premium”, which included several characters from PV, PVI, and P7… but after you’d beaten all of them, you unlocked Showko as the game’s true final boss.  I didn’t, at the time, get the significance; it was a tip of the hat to the original game and probably a neat bit of nostalgia if you’d grown up playing, well, slightly naughty mahjong games.

There was, as an aside, a “Super Real Mahjong PI”, but it was only released in arcades and on the PC Engine.  Also, oddly enough, it featured three opponents – “PII” and “PIII” had the same three opponents, but they were split – PII got Showko and PIII got the other two. It seems like they were backsliding there, maybe they were adding animation or something.

PII seems like a much easier game than the later ones, by the way.  I’m not sure if they really improved the AI between PII and PIII, or if they decided to up the difficulty level through less savory means.  Mahjong is one of those games where, if the AI decides to give itself an edge (through, say, better tiles), you really can’t do anything about it.

Anyway, I’m done with this particular series for a while.  I have a few more games in the same genre to play through, though, and somehow I haven’t gotten tired of playing them.  Maybe that’s why the game has been around for two hundred years.  🙂 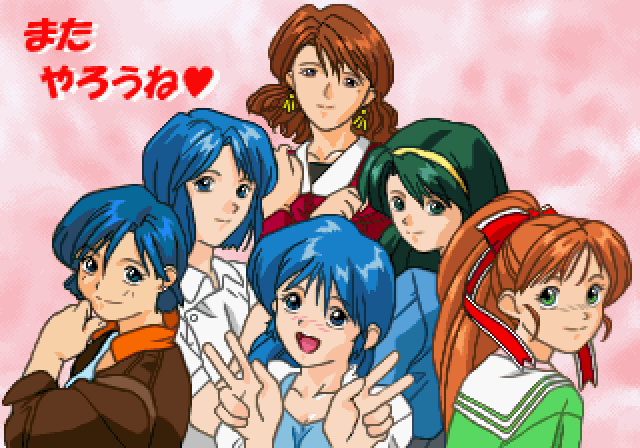