Normally I don’t follow up a game with its immediate sequel, but I decided to dive into Da Capo 2 and see what it was like.

Short answer: This is some Assassin’s Creed II level of going from “Meh, it’s OK” to “WOW”.

It’s running at the same resolution as the first Da Capo, but the character art and shading are gorgeous.  These three are dialog scenes, not CGs:

Koko must get pretty good reception with TWO antennas.

Look at those clothing details.

More clothing. I may have just discovered that I have a thing for cute girls in ties.

The CGs are also more frequent and more dynamic than the first game. 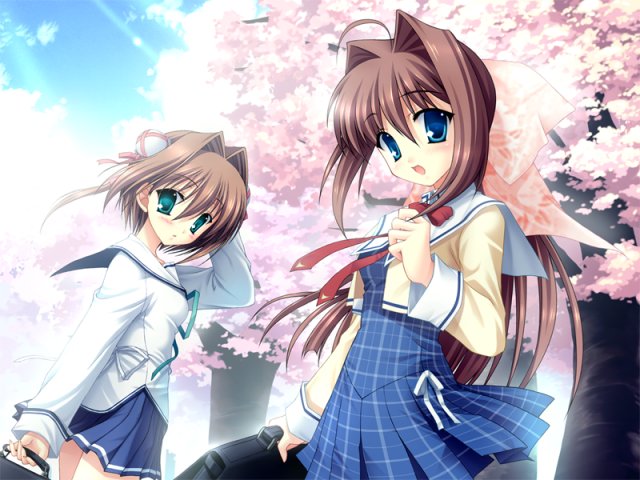 Your sisters.  Your STEP sisters.  Who you don’t live with, because your grandfather had the sense to kick you out of the house when you hit puberty. 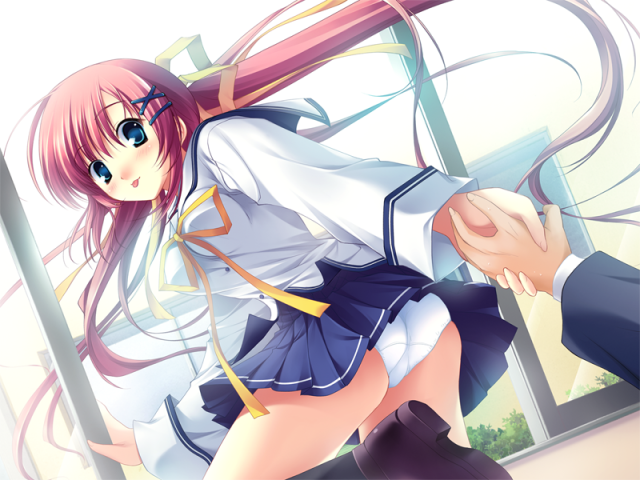 The male sidekicks in Da Capo 2 are also more fleshed-out and have more personality, and I’m kind of rooting for this guy.

He, on the other hand, is rather upset at my luck with girls.

It’s not just the extra detail and effort put into the character art that really stands out.  It’s this: 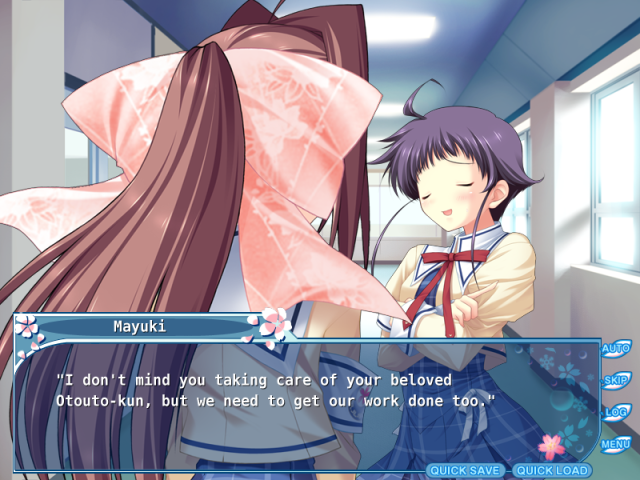 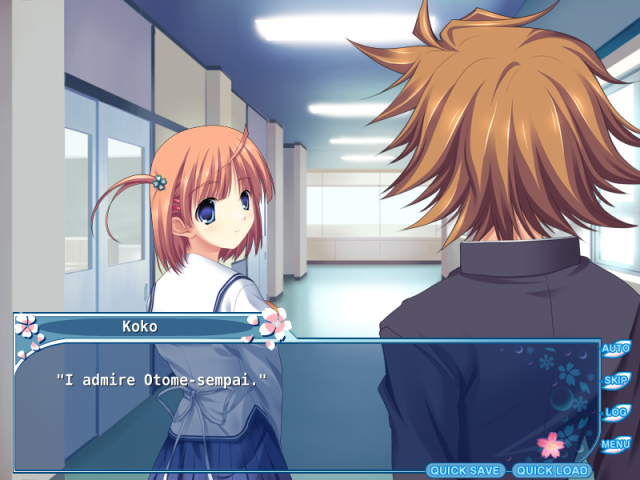 Characters have backs, and the scenes are laid out with the characters on multiple levels and scaled to give an impression of existing in 3D space.  I don’t have a TON of experience with visual novels, but this is the first one I’ve seen that did this and it just shows how much extra effort was put in.

I also liked the effort put into the environmental art, and here’s an example.  The main character’s room is a pretty common location in any visual novel, and it’s almost always an almost-too-perfect student’s room.

The detail here that just knocks it out of the park is the asymmetrical stereo speakers.  The reflection of the room in the window is also one of those things that just feels like a lot of love was put in where it wasn’t absolutely necessary.  It’s a little sterile – if I had any complaints, it’s that there aren’t any decorations – but it’s believably imperfect.

Finally, my biggest complaint from the original Da Capo – that you can’t tell who you’re going to run into when you are making choices about where to go – was addressed by the improved movement selection screen.

Sadly, Default Girl doesn’t seem to have a personality beyond “sweet and cute”, and there’s no clear Best Girl from the other three.  Right now I am leaning towards Team Anzu but I’m not 100% sold on that.

Anyway, enough raving.  Just had to gush a bit.