Posted on September 1, 2017 by baudattitude

Every time I go to Japan, I tell myself (and anyone who will listen) “Oh, this isn’t just a shopping trip, I have lots of things I will be doing that aren’t shopping.”

And then I add up the receipts when I get back and cringe a bit.

That said, I DID do a lot of things that weren’t shopping, but somehow an awful lot of shopping occurred in between those things.

So let’s go with some of the shame. 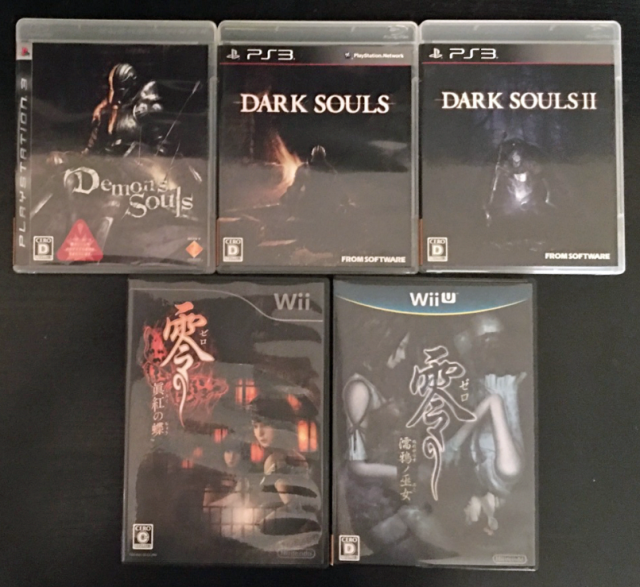 I confess that I bought the Souls game mostly because I didn’t have physical versions of them and because I love the Japanese box art compared to the US box art.  They’re just so damn bleak.  Also they were cheap, less than Y1000 for Dark Souls I & II and less than Y2000 for Demon’s Souls.  It did take a bit of searching to find a non-greatest-hits Demon’s Souls though. 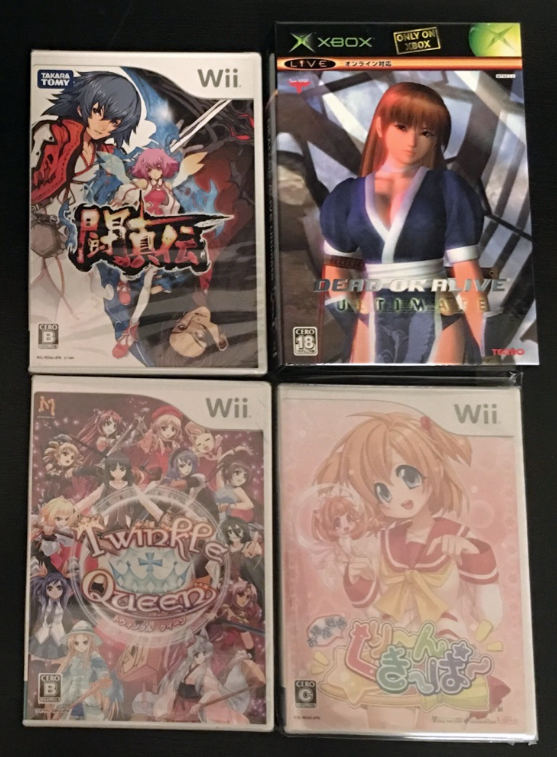 I had owned DOA Ultimate for the US Xbox, but it got sold with the majority of the Xbox games some while back.  I bought it again now that they’re adding backwards compatibility to the Xbone.

Also: Twinkle Queen and Osouji Sentai Clean Keeper for the Wii, because the idea of eroge spinoffs being made for the Wii is just so damn weird (keeping in mind that with CERO B and C ratings they aren’t themselves all that naughty, just naughty-adjacent), and Toshinden because I have a morbid fascination with the series.  Again, some seriously cheap games here – DOA was Y950 and the Wii games were under Y500 each. 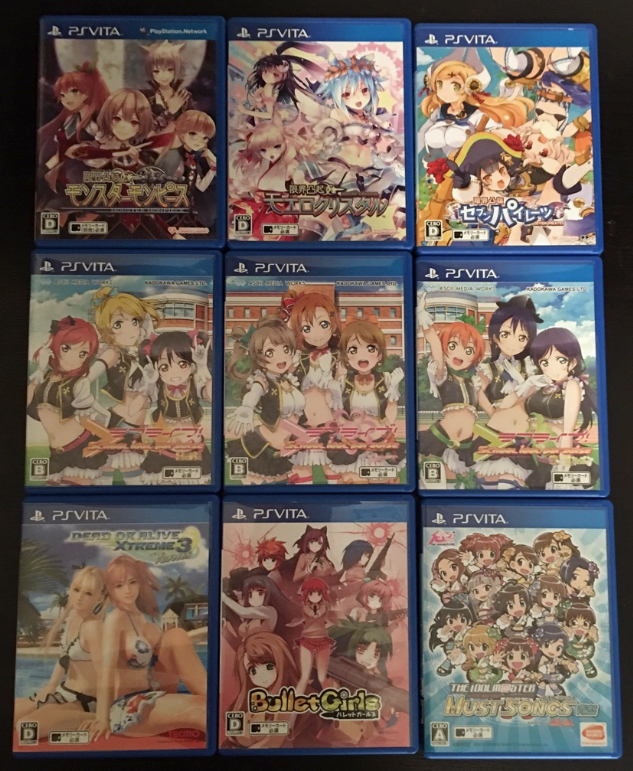 Finally, WAAAAAAAY too many Vita games.  Thanks to English-language Asian releases and Play-Asia, I already owned Genkai Tokki: Moero Chronicles, but I wanted to own the other three games in the Genkai Tokki series.

I also bought the three Love Live! games despite never having seen the anime; they’re rhythm games and I will try almost any rhythm game.  I should probably see the show at some point as well; the amount of Love Live! merch crowding the shelves in Japan is absurd so it probably has some redeeming qualities.

Finally, DOA Xtreme 3 Venus, Bullet Girls, and The Idolm@ster Must Songs blue edition.  I played through Must Songs Red a while back and it was a very good rhythm game focused on the songs from the games.  Blue’s track list is songs from the anime, so I’m looking forward to it.

All of these Vita games are a couple of years old, so they were mostly in the Y950 to Y1450 range.  DOAX3 and Moero Crystal were a little more, but both were under Y3000.

I saw, and passed up, the DOAX3 special edition that came with the Marie Rose mousepad and other goodies.  It wasn’t THAT much money, under Y5000, but I wanted to pretend that I had some standards.

So… 18 games.  I’m not sure how many of them fall into the “I will actually play this” category, versus the “I wanted to own this in a form that I could touch” category, but I am looking forward to cracking some of these open.