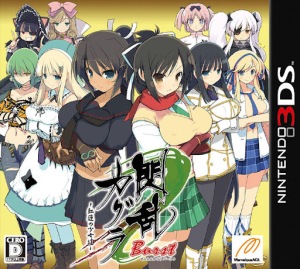 Earlier this year, I realized that I owned FIVE games from the Senran Kagura series, and hadn’t actually finished any of them.  I decided to start with the spin-off rhythm game, and liked it enough to the point where it became the first game I’d managed to get a platinum trophy for.

Mind you, the character stories didn’t make a terrible amount of sense, but it had catchy music and lots of fan service, and that makes for an OK combination in my book.

I tried following it up with “Senran Kagura: Shinovi Vs.”, and that didn’t go nearly as well.  It took very little time to realize that I needed to bite the bullet and go back to the original 3DS game (“Senran Kagura: Burst) or risk being completely lost, and I hadn’t really LIKED what I’d played of the original game so it took me a couple of months to actually get to this.

I won’t lie, my opinion didn’t really change at first.  Burst is a weird game in a way; it’s a sequel to the first Senran Kagura (which never made it outside of Japan) which includes the first game in its entirety and then adds a second campaign, and the first game was – unlike its main characters – kind of flat.  It’s repetitive and grindy and the story (“There is a good ninja school.  There is a bad ninja school.  They fight”) didn’t really hook me.

When I got to the second campaign, THAT’S when I got hooked, because it was really a “hey, remember all of the bad guys from the first story?  Let’s go through the story again but from their perspective.”

Also it turned up the difficulty about three notches and threw in some really annoying timed missions, but I’ll set that aside because I did eventually manage to get through them.  One of them was with six seconds left on an 11 minute time limit, but I will take the W and stop fussing.

Anyway, I get the feeling that the first 3DS game was a “hey, let’s animate some bouncy girls in 3D and just start counting our money” and the second was “hey, what if we actually put some thought into a story and rounding out these characters past a single character trait and see where that takes us?” 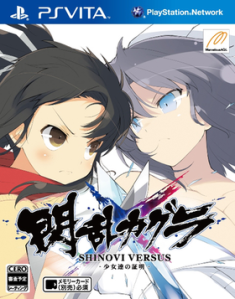 I wound up really liking it, and then I got back to Shinovi Vs, feeling much more prepared this time.

Shinovi Vs continues structure of the telling a story, then telling it again from a second perspective thing, but takes it a couple of steps further… not QUITE to exhaustion, but it won’t try to pretend that it didn’t come close at times.  It has the members of both ninja schools from the first game and then adds two completely new sets of characters, so there are four separate story modes and you get to see a lot of fights from multiple sides in order to understand why everyone is so fired up.

It also gets super dramatic.  There are a lot of dead family members and exiled ninja and betrayals and Hot Blooded Entirely Platonic Friendships and people Full of Regrets, and then reveals the REAL Big Bad, the REAL enemy that has been behind the scenes the WHOLE TIME, NO THIS IS NOT A RETCON WE PLANNED THIS FROM THE BEGINNING, and that sets up the series for subsequent sequels.

There is also the Secret Ninja Art of Giant Pancakes… 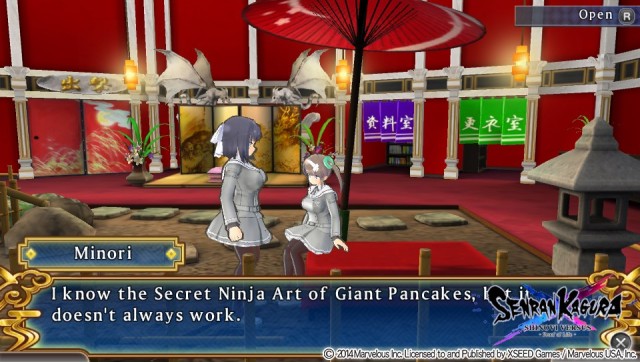 …so it’s not ALL serious.  Also, of course, you can ignore the story and just play it as Improbably Busty Ninjas Beat The Clothing Off Of Each Other: The Game; I won’t judge you.

I will say that, despite the vastly improved graphics, I found myself a little frustrated with some of the aspects of the Vita game in a way that the 3DS game didn’t annoy me.  The switch to 3D arenas took getting used to, and the camera never quite worked for me.  I was constantly needing to adjust with the right stick, which is a problem when the primary action buttons are also on the right side.  Frequently, I just assumed that there were enemies off-screen in front of my character and spammed the attack button, and this worked pretty well for cutting through crowds of mooks.

Also, the constant loading screens really wore on my patience.  There are roughly 200 levels in the game, and some of them can be finished VERY quickly if you go full-out offensive mode.  We’re talking sub-30 second level times, bookended by two or three loading screens and probably a bit of dialogue on both sides.  It makes for a very disjointed experience when you’re playing an action game and are constantly stopped by a screen with a spinning shuriken and one of the same dozen gameplay tips or character descriptions you’ve already read enough times to commit to memory.

Still, camera and terrible loading times aside, I liked it enough for this: 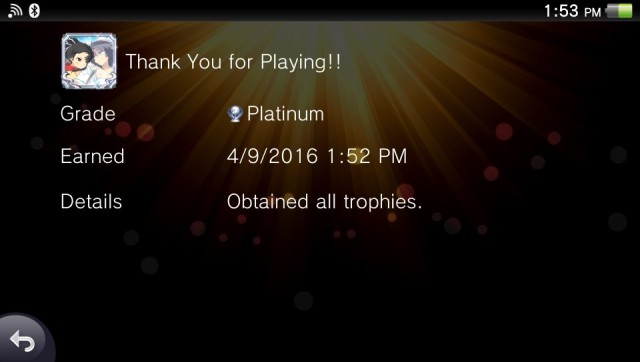 So, that says a lot for the game.  Next up is Senran Kagura 2: Deep Crimson, which presumably goes into the Big Bad revealed during Shinovi Vs.