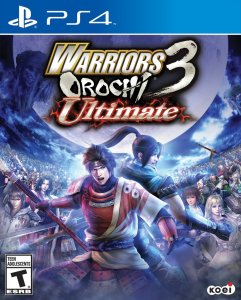 I feel entirely unsuited to judge how good it was as a musou game, or even just as a game in general.  I bought it because, after finishing the two Ninja Gaiden Sigma games, I wanted more time with that cast of characters without buying Ninja Gaiden 3, because I am given to understand that Ninja Gaiden 3 is not so much the good.

With that criteria, it succeeded admirably.  Sure, there were some weird moments where the game would switch to a cutscene and I’d be wondering what was up with the three guys (the main characters, theoretically) at center stage, but those were momentary breaks between action sequences.

If I hadn’t been playing as characters that I knew, I don’t think I’d have done very well in sticking with this.   Some of the character designs were pretty neat, and I am guessing that the series has a high percentage of women fans considering all the bishounen on offer, so that’s a nice nod towards equality from Tecmo, and the environments were great fun to run around in, but it’s the third entry in a series that itself is a mash-up of two separate series that I’m completely unfamiliar with, so all of the dramatic “AND NOW THIS GUY SHOWS UP” moments were, um, not very dramatic.  Put simply, the bits of the story revolving around beating the Hydra were much more interesting than the bits revolving around going back in time to pluck random guys out of battles they were supposed to have died in, and I think I was supposed to think of it the other way around

Even the time travel stuff did have the occasional good moment – as an example, I’m pretty sure that I was accidentally responsible for the unification of Japan, and that looks good on a resume.

I suspect that Koei-Tecmo really expected you to have played the original release and to be importing a save from that, because you don’t get a single story-related trophy during the course of the main game.  I wound up collecting two almost incidental trophies during the 25-odd hours I played.

I’m not likely to go hunting down the older games in the series, but I feel like I at least dipped my toe into an unfamiliar genre, and that’s a good feeling.