In between running instances in Final Fantasy XIV, I’ve been knocking out some of the shorter games in my backlog.  I figured that I might as well do a quick run-down of some of the recent ones.

Sekai Project has a basic formula that works well for me: Short visual novels with few branching paths and lots of fan service.

Sakura Fantasy is one of the more ambitious, story-wise.  It’s a very JRPGesque story, with a young swordswoman with a tragic past, friends with magical powers, a world suffering from a not-well-explained calamity, and a mysterious empress who sends everyone on a quest to Uncover The Secrets Of The um something or other.

Also pretty much all of the characters are cute girls with a bad habit of walking in on each other when they’re in the bath or changing.

As of now, only “Sakura Fantasy: Chapter One” is available, and it is really going to annoy me if Chapter Two never happens, because I actually really want to see where the story goes.  It may be tropey as all get out, but it’s a fun read.

As sold on Steam, this is a PG-13 visual novel.  Played on Mac, also for Windows and Linux boxes.

Karateka, by comparison, is full of buff shirtless men pummeling each other in manly manly fashion.  It’s got more sausage than a Hickory Farms catalog, is what I’m trying to get at here.

It’s an iOS remake of the Apple II classic with pumped up graphics and dumbed-down fighting, and it pushes some nostalgia buttons for those of us who remember the original.  There’s a lone hero, a horde of random guys to beat up, and that godawful annoying hawk.

Sadly, it lacks a “bow” button, so there’s no getting all the way to the end and then having the damsel in distress kick you in the head for lacking respect.  Minor points lost there.

For anyone without fond memories of the original, um, it’s pretty and you actually get a full game for your buck-ninety-nine as opposed to being bled slowly to death with microtransactions. 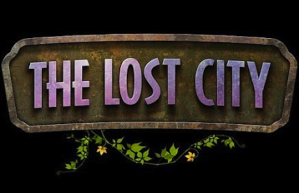 The Lost City is another iOS game, and it is again a complete game that you pay money for and then play in its entirety.  It is a sad comment on the state of affairs that I feel the need to say that, but there it is.

It’s an adventure game with all that implies; you wander around some very pretty outdoor scenes, solving puzzles as you go.  It’s a pretty big game, with 40 or so locations, made bigger because the game’s central gimmick is your ability to change the seasons on command – so, for example, you may need to find a flower that only blooms on a certain screen in summer, or switch over to winter to freeze a lake so you can walk across it.

It doesn’t have buff shirtless men OR girls in impractical fantasy “armor”, and the plot can be summed up as “Your grandmother was an archaeologist.  She brought home a magic rock.  Might be cursed.  You should take it back or something”, but I still enjoyed the two or three hours I spent with it.