It’s been a while since I’ve finished two games on the same day, and I honestly don’t know if there are two games in my collection that could possibly be any more different. 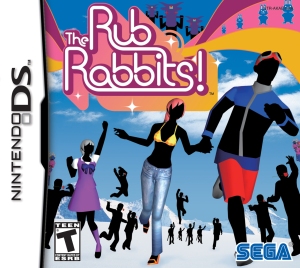 The Rub Rabbits! is a prequel to the earlier game, released in the US as Feel The Magic XX/XY, is pretty much identical to the earlier game in that it is a collection of weird mini-games that you, as the player, must guide the main character through if he is to ever win his true love.  It’s a game that could only have been released as a retail game during that weird period where the touchscreen on the DS was something new and novel; these days it would probably be written off as a cheap mobile game and sold for 0.99 on the app store.

It’s hilarious nonetheless.  There aren’t many games that ask you to hit your friends on their heads to knock them out, then quickly bury them in snow before a roaming bear can find them, or that set you the task of picking fruit by throwing your girlfriend into the trees and catching what comes down, or that have you tied up and rolling around a mansion’s foyer trying to avoid shots fired from your obsessed stalker’s “love cannons” on the balcony.

To add to the bizarre factor, this thing came out of Sonic Team and was produced by Yuji Naka.  It has a heck of a pedigree for a mini-game compilation album.

If you have a few hours and a DS lying around, I daresay that checking out both games is worth it.  Maybe Sega will even dig them out some day and throw them up for iDevices and Androids, they’re pretty much made for it.

I’m not sure which DS game I’ll hit next.  I put Theresia in and gave it fifteen minutes before I decided not to continue.  It has fantastic sound design and a delightful level of “creepy” to recommend it, but the graphics are just too grainy to think about staring at them for the twenty hours or so it would take to play through. 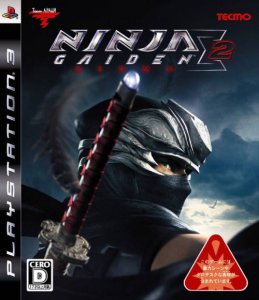 Changing the tone completely from The Rub Rabbits!, I cranked out the last three levels of Ninja Gaiden Sigma 2 tonight.  I was playing on “Acolyte”, which is basically the equivalent of the first game’s “Ninja Dog” mode, so I don’t know that I can take TOO much pride in seeing the end credits roll, but I’m going to take the W and not worry too much about the details.

Like the first “Sigma” game, this is an updated and expanded version of Ninja Gaiden 2, with selectable difficulty levels and three added levels where you play as different characters and get a little more backstory.   When the game came out, these were a little infamous for the added Sixaxis motion controls, but I didn’t find them particularly distracting – more like nice changes of pace from the ever-raising stakes of the Ryu levels.

It’s possibly the best Pure Goddamned Action game I’ve played, with levels that are over-the-top but don’t have the heavy camp factor of Oneechanbara.  The first level alone is worth the price of admission, a chase through a future Tokyo where all skyscrapers in Japan are topped with neon-covered pagodas and you fight a King Kong-sized Buddha statue as the level’s mid and final boss.  I’d seen it before, in the form of a Dead or Alive 5: Last Round stage, and I confess to a faint squeal of fanboy ecstasy when I recognized it.

If I have one quibble with the Dead or Alive / Ninja Gaiden universe, though, it’s that I have a really hard time keeping track of exactly how many hidden ninja villages there are on and around Mount Fuji. I don’t think, for example, that the Hayabusa and Hayate clans are from the same village, and then there’s the Black Spider Clan’s village, and there might be a couple of others.  My experience visiting Mount Fuji was that there were mostly just a bunch of tourists climbing it because it was there.

…though, I guess, if there WERE ninjas, I probably wouldn’t have seen them.  Something to think on.

I had a hard time finding this for reasonable prices used in the US, but I lucked into a cheap copy of the “Premium Box” edition when I was in Japan last year. It included the game, the soundtrack, a few cheap character goods, and a slim artbook/strategy guide for about Y2000, which was DEFINITELY in my price range.  It also booted up and realized that I was using a US PS3, so the entire game was in English and used X to confirm and O to cancel.  Honestly, if the manual hadn’t been in Japanese, I would have thought that I was reverse-importing a US copy that had somehow made its way to Akihabara.