I don’t usually do a “Favorite Games of the Year” post, because there really haven’t been a lot of years where I’ve played games that actually came out that year. Usually I get around to titles after they’ve been priced down a few times, or I buy them at full price and STILL wait a couple of years.

2017 was different – not only were there a ton of fantastic games released, but I actually sat down with a controller in-hand and played them. (Down side: I pretty much completely neglected any other hobbies or projects. There are clearly some balance issues that need to be resolved next year.)

Now, before I get going, I wanted to list the 2017 titles I actually finished. I’ve been hooked on reading various people’s takes on their personal favorites, but it’s become something of a pet peeve that “Top 10 Lists” rarely include “and these are the ones I played”.

So, basically a lot of trashy visual novels, some hidden object games, and some actual big hitters. I don’t legitimately have a way to make a “Top 10” list out of this, so I’ll go with “Top 6” to get all of the ones that I really loved in there.

Before I get to that, though, some honorable mentions:

Best Hidden-Object Game: Ghost Files: The Face of Guilt. It’s rare to have ANY hidden object game set in the modern day, and this was a particularly fun murder mystery with an unexpected story twist or two. If you’re HOG-curious, this would be a good place to start.

Best Trashy Visual Novel: Sakura Gamer. It’s a game about cute girls writing their first game, which itself just happens to be a trashy visual novel. It’s not exactly high art, but it’s full of 4th-wall-breaking humor and jabs about whether visual novels (and itself, by extension) should even count as games in the first place. I laughed often.

Sooooo… NOW ON TO Baudattitude’s TOP SIX GAMES OF THE YEAR OF OUR LORD TWO THOUSAND AND SEVENTEEN WOOOOOO. 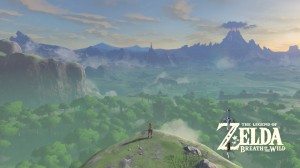 #6: The Legend of Zelda: Breath of the Wild
Thanks to the success of the Switch, Nintendo is having a bit of a phoenix-from-the-ashes year, and launching with a new Zelda certainly helped. It also helps that this new Zelda makes liberal use of familiar design metaphors – I’d never been able to get in to any previous entry in the series, but BOTW dropped me into an expansive open world full of towers to climb and a main quest line to follow or ignore as I saw fit. It felt comfortable and welcoming (Even if I did die an awful lot).

Also, having the main character be an amnesiac meant that NPCs could do some serious lore dumping, which was huge for a new player. I grew up on Michael Moorcock novels, and finding out that Link was basically a Moorcock-style Eternal Champion was a bit mind-blowing.

It’s only this far down the list because the villain was remarkably unmemorable. You constantly have NPCs telling you how much of a Big Bad Guy he is, but mostly he just sits in a castle until you come knocking. I can’t even remember if he had any dialogue or if he just kind of went RARR! and jumped me. 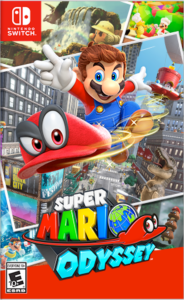 #5: Super Mario Odyssey
When I’m griping about Breath of the Wild’s lack of a decent villain, realize that I played it AFTER Super Mario Odyssey. Bowser is pretty much the archetypical video game antagonist, and it turns out that putting him in a tux makes him even better.

One of the things I look for in any game is how much fun it is to just move around the world, and Odyssey taps right in to that inner six-year-old who wants to run around the playground until he gets dizzy and falls over. The possession mechanic helps mix it up even more – there’s so much variation in what you’re doing from moment to moment that it’s impossible to get bored.

That’s TWO Nintendo games on my best-of-the-year list, which is just unprecedented. Amazing showing from them this year.

#4: Doki Doki Literature Club
I mentioned liking Sakura Gamer thanks to its fourth-wall-breaking story, but Doki Doki Literature Club turns that up a notch or ten. It presents itself as a light-hearted romantic comedy riffing on the “goofy but likable guy surrounded by cute girls” trope, but there’s a Disturbing Content Warning when you launch the game that you absolutely should pay attention to… and that’s really all I can say or want to say, because you owe it to yourself to go into this only knowing that things aren’t what they seem.

It’s also only about three hours long. If there was any game this year that I’d like to sit every one of my friends down in front of and force them to play, it would be this one. 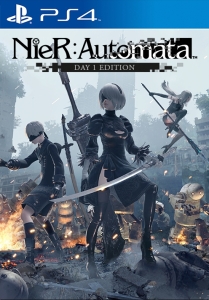 Then, the demo had a really fun mix of Oneechanbara/Bayonetta-style character action combat mixed with bullet-hell dodging, and a great cliffhanger ending, so I bought the game.

After that, I learned that there were multiple endings and that you were expected to play through the game at least three times to get the full story, so I stuck it on the shelf for months. When I finally pulled it down and cracked the shrink wrap, it was with the expectation that I would get through the first ending, watch the rest on YouTube, and be content with that.

Forty+ hours later, after getting all five of the main endings and after going through one mother of an emotional roller coaster, I DID go to YouTube to watch the other 21 endings. Ending E finishes with the main characters actually at peace, and it felt more than a little blasphemous to put them through any more pain. 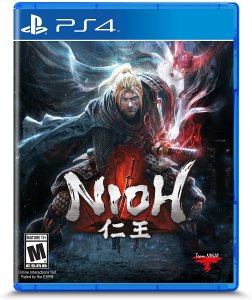 #2 Nioh
Technically, putting this on my list is breaking my rules, and putting it in my #2 spot REALLY feels like cheating – I still haven’t finished it and just started a week ago, so I don’t know if it falls off a cliff at some point or if I’m just affected by recency bias in liking it so much.

What I DO know is that I got thoroughly addicted to From Software’s formula for somewhat brutal, but endlessly satisfying action RPGs last year, and that Nioh gives me more of that experience, with just a little tweaking here and there, and puts it in Japan during the waning days of the Sengoku period with all sorts of really cool creatures from Japanese mythology to fight.

I frequently go to howlongtobeat.com to see how long a game is going to take before I jump in, and Nioh was listed as a 35 hour game – on the long side, sure, but doable. As of right now, I think I’ve spent at least 30 hours with it, but between all of the side missions I’ve done and all of the experimenting with different weapon types, I’m not even halfway through the main story missions – and I’m still not bored and don’t feel like I need to rush through the story at all. That’s a really good sign that a game is something special.

#1 Horizon Zero Dawn / Horizon Zero Dawn: The Frozen Wilds
Way back in 2009, a co-worker loaned me his copy of Killzone 2, and my only memories of it are that a) there was a trophy for obsessively reloading and b) at one point, my PS3 crashed and I didn’t even care enough to reboot it and keep playing.

I have no idea how Guerrilla Games went from THAT to making a game that I lost 65 hours of my life to with no regrets. On the face of it, it’s a pretty standard open-world climb-towers-to-unlock-map game, but the world is amazing to run around in and the story just kept making me think I’d finally figured out everything that was going on, only to sock me with yet another twist.

I’ve mentioned villains a lot in this list, because I am a sucker for a good bad guy. It takes ages before you discover the REAL villain in Horizon Zero Dawn, and he is easily the most face-punchable character from any game I played this year (possibly this decade), due in large part to how pathetically banal his motivations are.

Oh, and you can’t punch him in the face, or even thwart his plans, because he’s been dead for centuries and his plans went off without a hitch.

Horizon got a LOT of hate this year, and I think some of that came because it dared to launch the week before the Switch release and threatened to divert some media attention during that system’s launch window. Basically, it didn’t Know Its Place.

For me, its place is at the top of the heap in one of the best years for gaming in my memory. I can’t wait for a sequel.