Posted on November 4, 2017 by baudattitude

So, a couple of weeks ago, I did another pass through my backlog to eliminate games, and that got me under the hundred mark for the first time in… well, probably since the first time I fell prey to the siren call of the Steam sale.

It was a pretty neat feeling!

Then, I realized that I wasn’t REALLY under the hundred mark, because I’d never entered any of the games I’d brought home from Japan, and there were a couple of cheap bundles that I’d picked up, and I decided that I was going to be honest and put those in.

This pushed the backlog number right back up to a little over 120.  And there was great despair.

Still… I had an awful lot of short hidden-object games and visual novels in that number.  Surely it couldn’t take me too long to knock out a few of those?

Anyway, long story short, I have gone through a LOT of single-use crowbars recently.  I also want to share one of the weirder things I’ve ever seen in a hidden-object scene, from Brave Giant’s “Ghost Files: The Face of Guilt”: 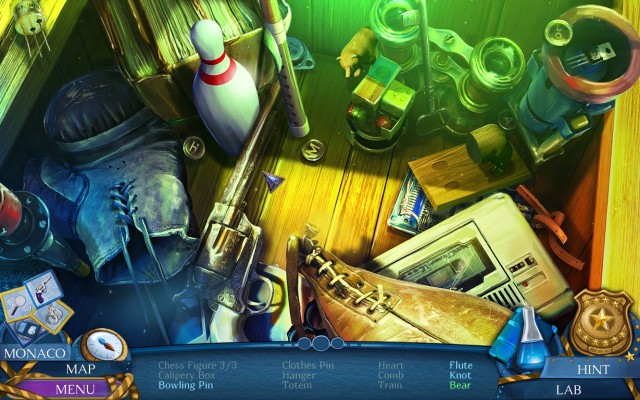 That there on the bottom right is a Commodore 1530 Datasette, and it gave me a super warm fuzzy feeling to see it showing up in one of these jumbles of random crap.  Whoever was responsible for the art here, kudos for giving me a happy flashback to my misspent youth.

So!  Only 99 games left in the backlog, that should take virtually no time at all… well, it wouldn’t if they were all similarly sized single-serving affairs.  Sadly, I’m completely out of HOGs, so this may take a little longer.