Considering how many big franchises saw their debuts – or at least highly significant entries – in 2001, this year is going to see a lot of “20th Anniversaries” that companies can use to extort some nostalgia-fueled dollars our of our collective wallets.

Fatal Frame will hit the 20 year mark in December, and – let’s be honest – Koei/Tecmo isn’t super likely to do anything to commemorate the occasion.

But what if they did?

Honestly, considering the state of the Japanese console market these days, the most likely acknowledgement is going to be a Japan-only mobile game with heavy gacha elements somehow integrated.  If we get lucky, we’ll get a Switch reissue of Maiden of Black Water.  I’d actually be OK with that since it’s almost the last WiiU game I can’t play on anything else. 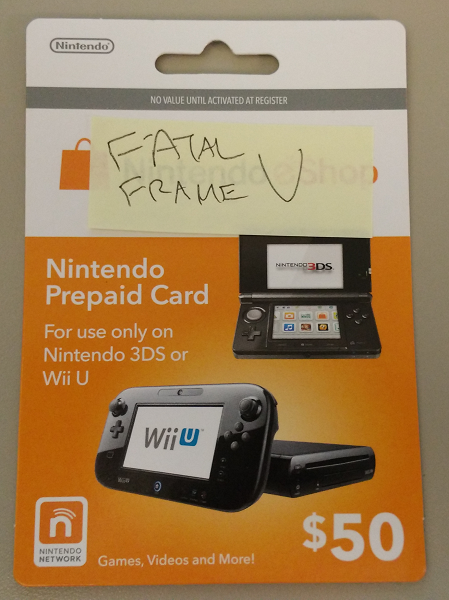 Getting a reissue of Maiden of Black Water AND a new game?  Now we’re starting to get in to hell-has-frozen-over territory.

But, what if KT decided to really dig in and put out some remasters?  Well, the series has been pretty much inexorably linked with Nintendo since, like, 2008 so it’s likely we’d only see remasters of entries that came out on a Nintendo platform.  That’s Crimson Butterfly, Mask of the Lunar Eclipse and Maiden of Black Water.  That drops the first and third games, but is still a pretty good bundle.

The odds of getting a bundle of the first five games, all tied up in a bow and delivered as a convenient Switch download?  I’m not even sure I have a metaphor for how unlikely that is.  On the other hand, I got a collection of Saturn strip mahjong games ported to the Switch.  Fatal Frame has to be slightly more popular than that.

Maybe we’ll get the Xbox versions of the games added to backwards compatibility?

The only thing I think I can say for absolute certain is that “Spirit Camera” is going to remain completely forgotten as a one-off barely-above-tech-demo-level 3DS experience.

Eight months to go, anyway.  Lots of time to get ready to be let down.