Posted on September 5, 2020 by baudattitude

The final F2P game I’ve been trying out recently is JUST a little larger in scale than the mobile games I talked about over the last couple of days.  Phantasy Star Online 2 is one of those games that was stuck in Japan for ages, with seemingly little hope of a localization, before getting  a surprise drop during last summer’s Xbox E3 presentation.

It didn’t actually launch until April of this year, and it’s taken me a few months to get around to seeing what it’s all about.

I’ll lead with some positives, because there are a lot of nice things to say about this game.  For a start, the character creator let me put together a red-haired pigtailed robot girl with glasses, mahoosive hooters, and a pronounced absolute territory, and that’s just the sort of quality product that I look for. 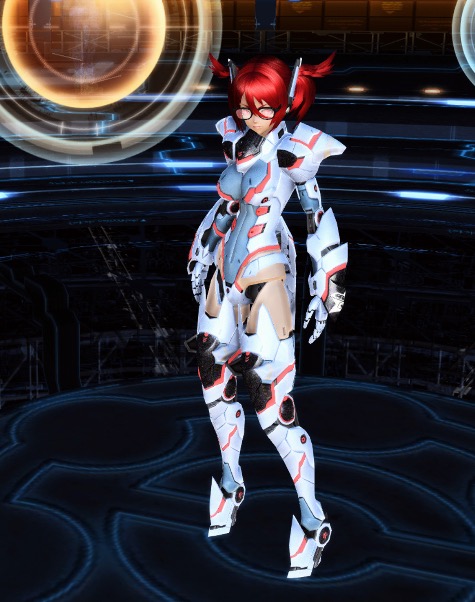 Also, while individual game zones are fairly tiny – this was a Vita title at one point, after all – the art direction is just designed to make me happy.  Lots of alien worlds and floating islands and glowing sci-fi interiors.  It reminded me of Scarlet Blade in that way, and I’m sure that all three of the other people who played that particular MMO will agree. 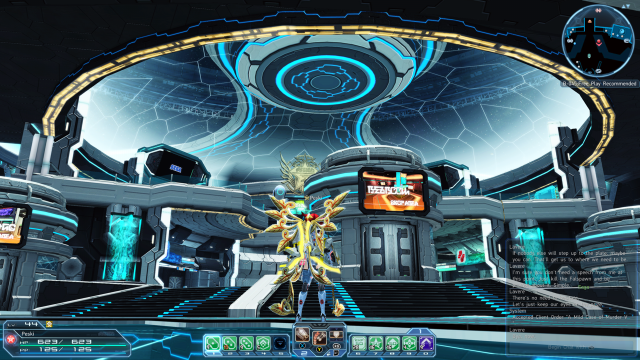 The hub zone / base ship.  So much neon.

Floating islands are like the least realistic things ever but so pretty.

Love me some alien ruins. 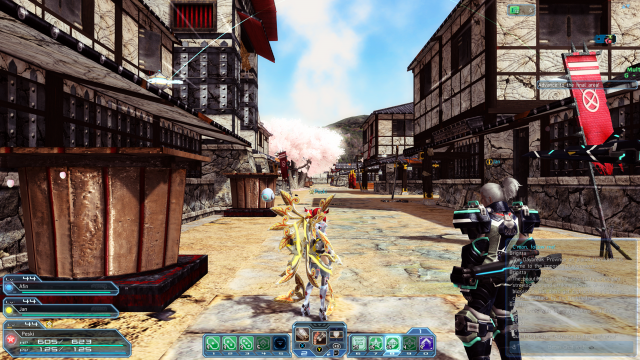 Also there is a Ye Olde Timey Japanese City zone for reasons?

I didn’t get much into the game’s story missions, but I did play through a bunch of “expeditions” which are fairly linear affairs where you grind through a massive number of random mooks and then face off against a satisfyingly huge boss at the end.

Got a sort of samurai-Oni-thing going on here.

PSO2 scratches a very real itch, which is the need to beat the hell out of a boss that then explodes into a literal shower of color-coded loot.  This is what I was greeted with at the end of one of the game’s “urgent quest” which are massive multi-stage affairs for a dozen or two people. 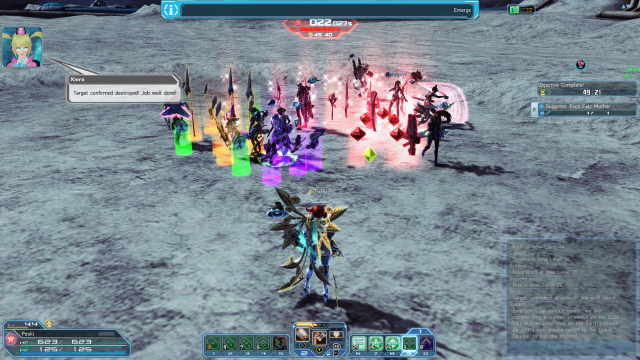 I don’t have to share ANY of this loot.  I get it all. 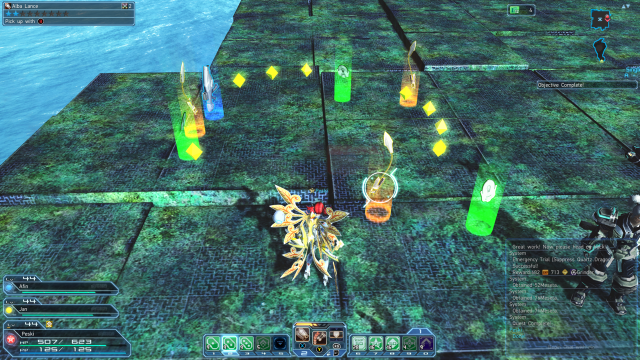 There’s like four weapons here, a bunch of money, and some skill boosts.  You get to run through it all mashing the “pick up item” button and hear happy little pings as it’s all added to your inventory.

Finally, the combat system is really fun.  It’s action based, so you are dodging around a battlefield paying attention to your character and the enemy rather than staring at a hotbar full of stuff and waiting for it to come off cooldown.  There’s a little bit of skill involved in timing your attacks in combination, and there’s a dodge skill with what feels like a generous helping of iframes.

If you just want to beat the stuffing out of weird and wonderful alien critters and sort through mounds of loot, PSO2 has LOTS to offer.

On the downside, it’s been out for eight years.  There is a huge amount of content, and just a crazy number of systems to try to absorb.  After playing for less than 20 hours, my character’s bank storage was full to bursting with random weapons and items that sure SEEM important but aren’t usable by the “Hunter” class I started with.  They’re probably useful for one of the game’s other 8 classes, and I can choose to level any of those classes at any time, so I should probably hold on to them.

There are also a lot of daily and weekly missions and NPCs standing everywhere asking me to take on vitally-important tasks and it is just a little overwhelming.

In the final analysis, I think it’s a little late to jump on the PSO2 train.  The good thing is that they’re launching something called “Phantasy Star Online 2: New Genesis” next year, which uses your PSO2 characters in some fashion but that promises a fresh start.  I’m going to put my robot-fetish-fuel character on ice while I wait for that to launch.