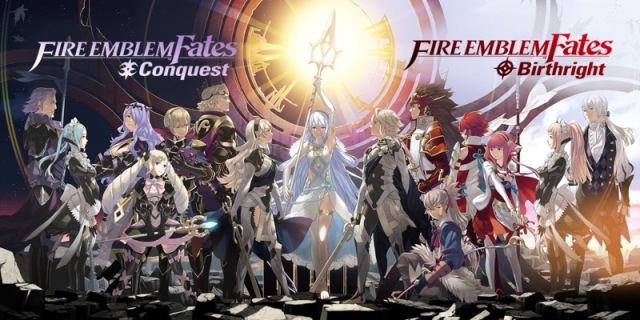 So, the last couple of years have seen me trying out various Nintendo franchises, generally for the first time ever.  Some of these – Mario Odyssey and 3D World, Pokemon Moon, Breath of the Wild, Metroid Other M, Mario Kart 8D – have been pretty good experiences!

Some… well, I really kind of regret buying Smash Brothers without someone else to play with, because it’s a wretched single player experience.  Live and learn!

I’m given to understand that the IDEAL gateway Fire Emblem game is “Fire Emblem: Awakenings”, which came out a few years back.  I’m a contrarian, so I started with Fire Emblem: Fates.  It’s actually been in my backlog for a couple of years now, because I happened to be in the right place at the right time to pre-order the spiffy collector’s edition that sold out immediately and shot up in price.

It’s been sitting on a shelf with me wondering whether I should keep it sealed to maybe make it more valuable or whether I should just break down and play the damn thing, and I finally went with the “play” option.

This turned out to be basically like learning to swim at the deep end of the pool.  It’s a really ambitious trilogy of games, each of which are identical up through the first few levels and which then branch depending on how your character declares his or her allegiance to one of two warring kingdoms (one cartoonishly-evil, the other nauseatingly-good), or whether you elect to tell both kingdoms to pound sand and go your own way.

Ideally you play the “pound sand” route after the other two, but any order you play them in you are looking at a serious time investment.

It turns out that, yes, it’s pretty close to Shining Force, but with a strong emphasis on building relations between the soldiers in your army with an eye towards hooking them up with one another.  I didn’t really figure out how the whole relationship building thing worked until the third game, so I didn’t do much of that.  Instead, I just reveled in carefully moving my little minions across grid-based battlefields, cheering as they occasionally pulled off a critical hit at just the right moment and occasionally swearing when they missed an attack with an 88% hit chance.

I wound up playing through all three games back-to-back-to-back, so I think you can infer that I had a bloody good time with the entire process.  “Conquest”, the version of the game where your character signs on with the cartoonishly-evil kingdom, is a real kick in the pants at times, but I was fortunately forewarned that I should really drop $2.49 on buying a DLC map that let me grind up levels whenever things got too frustrating.

So, one more long-running Nintendo franchise marked off the checklist.  I don’t think I’ll be rushing to pick up either of the other two 3DS Fire Emblems just at the moment, but I’ll give the Switch game some serious thought when it makes its debut.

5 Responses to I just played, like, 75 hours of Fire Emblem.