Is it still OK to save princesses?

Posted on September 24, 2017 by baudattitude 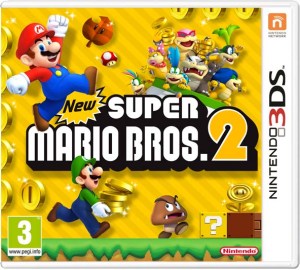 I have a weird relationship with most of Nintendo’s big franchises.  I started gaming in arcades in the late 70s, bought my first home computer in 1982 or so, and completely failed to notice that there WAS an industry crash – if you were a PC gamer, the American console business almost completely disappearing barely registered.

So, the NES phenomenon more-or-less completely passed me by, and I didn’t actually own any Nintendo hardware until I bought a SNES so I could play Street Fighter II without it eating quarters.  I eventually bought an N64, and the Big Franchise games for that system, and I didn’t play them, and then I bought a Gamecube and more or less did the same thing.

Anyway.  To get to the point here: despite a gaming history going back four decades, I’d only ever finished two Mario platformers.  Still, my most recent 3DS purchase came with Super Mario 3D Land installed, and I got a birthday coupon for 30% off a selection of Nintendo games including New Super Mario Bros. 2, so I figured I would give those two games a play-through.  I confess that this was at least partially motivated by recently reading a heartfelt essay by someone who felt very strongly about the problematic nature of a game in which the object is to rescue a damsel in distress, and I am nothing if not a fan of problematic games.

Now, I have a policy on this blog – I don’t say anything negative about Nintendo, ever, because the one time I DID write a snarky blog post about a Nintendo game, I wound up with an inbox full of vitriol and a dawning realization that, while I may not have grown up with Mario as a father surrogate, there are a lot of people who did and who take their close personal relationship with Nintendo very seriously.

So, I cannot say much about New Super Mario Bros. 2, other than that it is a video game and that I was able to play it from beginning to end credits without it crashing even once.  It has graphics, and sounds.

I can say quite a bit more about Super Mario 3D Land, because I wound up really enjoying it.  I’m still dreadful at platform games – a side effect of mostly missing the 8-and-16-bit console generations, and the in-game counter thoughtfully reports that I sent Mario screaming to his doom a total of 144 times before I finally dropped Bowser into a lava pit and took Peach back home to her castle, presumably to give her a stern lecture about not getting kidnapped again.

That’s an awful lot of deaths for any game without “Souls” in the title, and I will not pretend that there was not the occasional slow intake of breath through tightly-pursed lips, like a reverse whistle of vexation.

The thing that kept me going through the frustration is that it is a ridiculously cheerful game, and designed so that any given level won’t take more than a few minutes to play through – assuming you don’t fall in to too many bottomless pits, of course, but I think that’s a given.  For those of us whose platform skills never developed, it has well-placed checkpoints to save you ever needing to replay an entire level, and will even offer you some ridiculously powerful buffs should you die 5 or 10 times in a level.  It’s rendered in a color palette made of bright, primary shades, the music is chipper almost to a fault, and everything has its own happy sound effects.  It doesn’t have any story to speak of, and doesn’t really ask you to consider WHY you are jumping on top of turtles; you just have turtles between you and your girlfriend and jumping on them is taken as a natural thing to do.

There are a couple of things about the game that I’d change if I had my preference, but I get that they’re mostly present for tradition’s sake at this point. Most games, for example, don’t really have a “lives” counter any more – but, without it, there wouldn’t be any particular joy in picking up a green mushroom or vaulting to the top of the end-of-level flagpole.

Final rating: Like eating cotton candy in electronic form, would recommend.  Problematic themes and all.

3 Responses to Is it still OK to save princesses?