What the well-dressed Draenei is wearing this season

Posted on January 1, 2017 by baudattitude

WoW PvP continues to be an unbalanced and aggravating mess at times, but still offers the occasional feeling of triumph that makes the losses less important.  My goal is to get to Prestige rank 2 and unlock a new look for my class weapon, and win or lose I’m still making progress.

I did complete my PvP armor sets for appearance use, and the two sets are very appropriate for the two schools of priest I play.  Also it makes for a really easy post for the day because all I need to do is throw up a couple of images. 🙂

Holy spec: This is WoW’s classic cleric specialization, sacrificing damage for a wide range of healing tools.  It needs a pretty outfit, and the “Gladiator” armor set fits the bill: 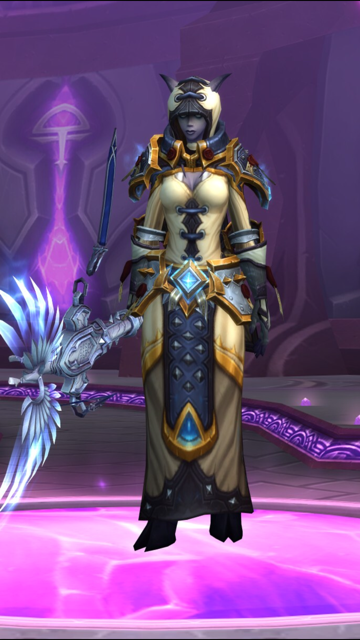 Discipline spec: WoW’s other priest healing spec, kind of an oddball half-dps half-heal spec, not particularly good at either but remarkably hard to kill.  The spec is designed around doing damage to enemies which in turn heals yourself or your group members, and most of its ability descriptions are on the ominous side.  It needs a correspondingly ominous outfit, and fortunately the “Combatant” set comes with glowing eyes and ominous in spades. 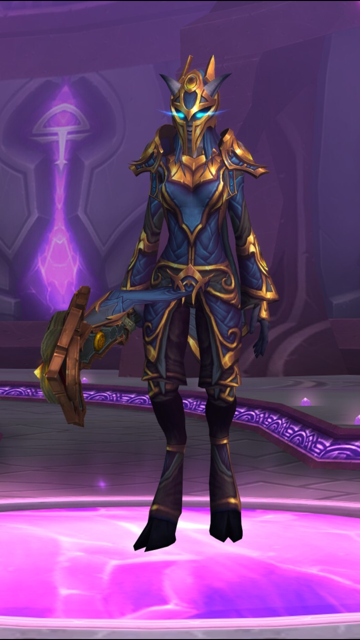 There is a third armor set, but it’s restricted to characters playing at the higher end of WoW’s ranked PvP ladder.  I’m not even on the ladder, so I won’t be seeing that any time soon. 🙂

I’m 17 honor levels away from hitting that second prestige rank.  How hard could it be?