Today, I Am A Man

I have to say that, because yesterday I was a gibbering ball of jelly. 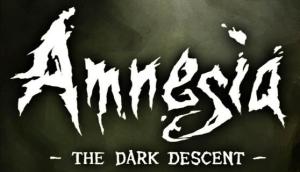 Amnesia has this … reputation.  It’s one of the few games that is generally considered to be genuinely frightening by even the most jaded fan of the genre, and it’s one of those games that people dare each other to play in a dark room with headphones on.

I bought the thing during Steam’s 2010 Thanksgiving sale and honestly haven’t had the guts to give it a try since.

With the recent Humble Bundle putting a spotlight back onto Amnesia – and four other excellent games – however, I decided that, reputation be damned, I was going to strap on a headset, turn off all the lights, and play it from opening to credits in one sitting.

For the record, I lasted almost three hours at this.  After one particularly unnerving sequence involving water, boxes, and splashing – and here I am being deliberately vague, but once you play it it will make sense – I needed a bit of a walk around in well lit rooms before going to bed.

Nonetheless, I was back at the keyboard the next afternoon, headphones on and room lights off.  We won’t mention the considerable amount of ambient light in the room, as it was tragically unavoidable and gentlemen do not point out these sorts of things.

Seven hours later, and well after the point where the ambient light had faded into dusk and then full-on-night, I was done.

I do believe that there is a point where one becomes just a little desensitized to being brutally killed over and over again in ways one is hopeless to defend against.  There’s a segment late in the game where you are searching, in a room where you have nearly zero visibility, for items to complete a puzzle while at the same time being hunted by creatures who seem quite unimpaired by the lack of light, and that segment alone was responsible for at least a dozen deaths in the space of a very few minutes.  After that many short bursts of terror, I didn’t have the energy to be frightened any more.

I was still quite able to be disturbed, however.  A good deal of the last part of the game involves exploring various torture chambers, and the writers seem to have delighted in unearthing the most brutal of the various ways in which humans have, over the centuries, been quite keen on causing other humans a great deal of pain.  I’m not certain that everything was historically accurate but it all had the ring of truth about it.

Leaving the atmosphere aside, the game has a control scheme that adds nicely to the general feeling of being helpless and hunted.  Your character has direct control over most items in the environment.  That means that, for example, if you run up to a door, you need to grab the door and swing it open – there’s no “press A to open door” button.

So, to continue the example, should you be being chased through dark halls by something nasty and you run up to a door,  grab it, and realize that it opens towards you so you need to back up to open it, meaning that you are backing TOWARDS the thing that is chasing you, that is a very intense sensation.  It’s just cumbersome enough to add extra tension without stooping to the deliberately-obtuse tank controls favored by some survival horror franchises.

Highly recommended.  Buy it, install, turn your lights off and plug your headphones in and immerse yourself, it is a glorious thing.