Not that I imagine people out there are breathlessly awaiting my next post, but things should be getting back to normal around here now that we’re done moving.

We’re learning that being in a house instead of an apartment comes with all kinds of exciting changes… stuff like dealing with electricians, plumbers, buying a new washer & dryer… fun stuff.  On the plus side, though, we do have a) more room in the new place and b) less stuff since we did some heavy purging before we moved, so the effect is c) things look pretty good on the organizational front.  There’s an organization tip for you:  To make more room, throw out like 20% of your stuff.

Anyway, I treated myself to an Xbox 360 game to celebrate our new digs. 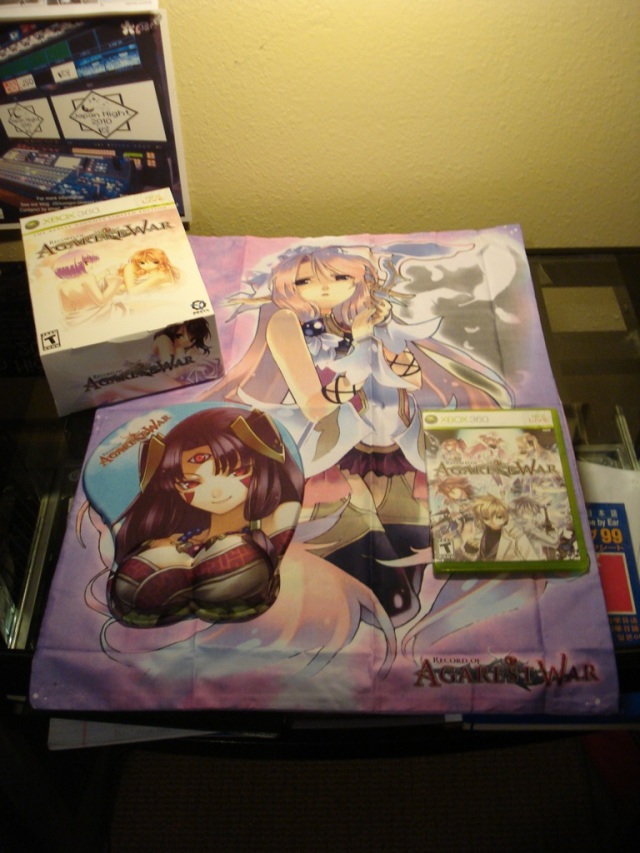 Gamestop had this behind the counter.  I can’t fathom why.

(Thumbnailed for those unfortunate enough to be at work)

Oh, right.  Girls, sausages, unfortunate ice cream accidents, that sort of thing.  No actual hanky-panky, mind you, Microsoft isn’t desperate enough for sales to allow that sort of game to be put on the 360.  It’s awfully suggestive but that’s all.

Anyway, the infamous jubblie mousepad:  It’s actually quite good wrist support if you use a trackball.  I don’t think it would be very good for your wrist if you used a mouse, though, because the effect of it is to trap your wrist in place.

I’ll give the game a shot here soon enough.  What I’ve heard is that it’s a cross of a strategy RPG and a relationship sim, with a touch of a Phantasy Star III-style generation system.  Might be fun.