I live my life by a set of simple rules.

Stuff like “by default, be nice to people” and “don’t spoil the end of movies for people who haven’t seen them” and “girls with glasses are automatically about twice as cute as girls without”

But those aren’t the rules that cover today’s situation. Today’s Rule To Live By is this:

“Curry loves me, and wants to be my friend. Curry would never hurt me.”

I say this because, after yesterday’s disaster with the McGutPunch (with egg), I was a bit gun-shy – but, while passing a Wendy’s here in Tokyo, I saw that they had a line of advertising banners up for their latest limited-time sandwich, the Double Cheese Curry Burger. 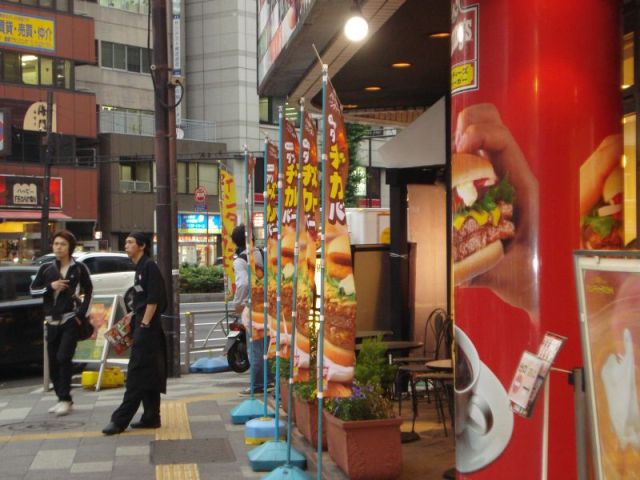 They also had a guy standing out front trying to get people to come inside to try it. I love that about Tokyo, the fast food joints will have someone standing on the sidewalk shouting the daily specials and exhorting the passers-by to come in and eat them.

However, despite his obvious energy and the innate seductive aura surrounding the Double Cheese Curry Burger… This was around 11 AM, and I was headed out to go traipsing through little obscure suburbs of Tokyo. It didn’t sound like a good idea to have one just then, but I kept it on my “to do” list for dinner.

As presented on the tray, it looked like this: 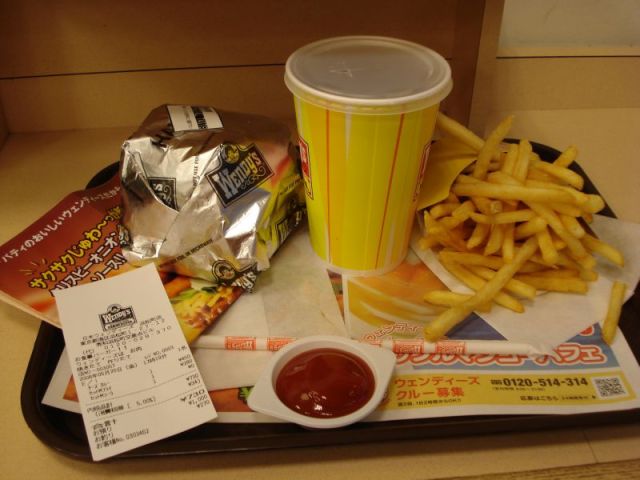 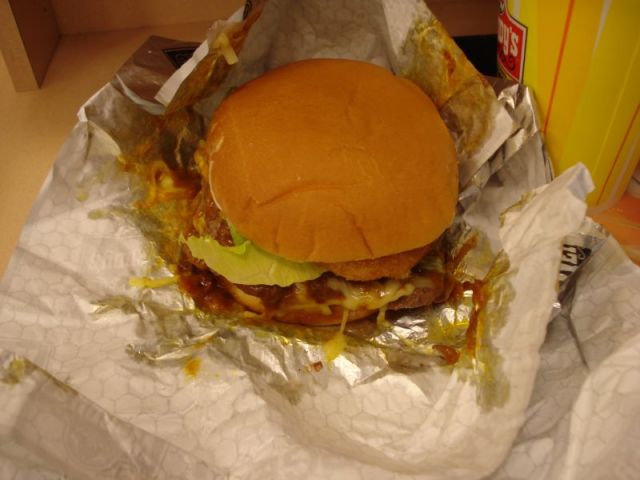 This was either going to be glorious, or the second worst idea I’d had all trip.

Let’s run down the contents:

It was… It was wonderful. Granted, messy as all get out – they were smart enough to toss a couple extra napkins on the tray – but a GOOD kind of messy, not the greasy Am-I-Done-Yet-Can-I-Go-Now? greasy monstrosity that was the McGutPunch (with egg).

It gets my highest recommendation, and I say that several hours later having suffered no ill effects.

Because, Curry Loves Me, And Wants To Be My Friend. Curry Would Never Hurt Me.