What the well-dressed elin is wearing this season

Coming back to an MMO after over a year away means relearning a ton of stuff.  There are new zones, new systems, a bunch of new acronyms and classes aren’t always exactly as you left them.  This actually worked in my favor with Tera – the berzerker class was universally agreed to be in sad shape when I last played and now it’s able to put out some top-tier damage.

It also means, of course, that all your hard-won gear is terrible and you should be ashamed to show up at a dungeon wearing those dingy old things.

Fortunately, Tera has some nice bridging content to get you up to snuff, and I finally managed to complete the armor set that is Good Enough to do pretty much anything in game.  Now I get to beat my head against the really hard content until err until I get slightly better gear which will of course be obsoleted in the next content expansion.

When I put it like that, it sounds a little silly.

Anyway, the up side of having a complete matching gear set is that I look awesome now: 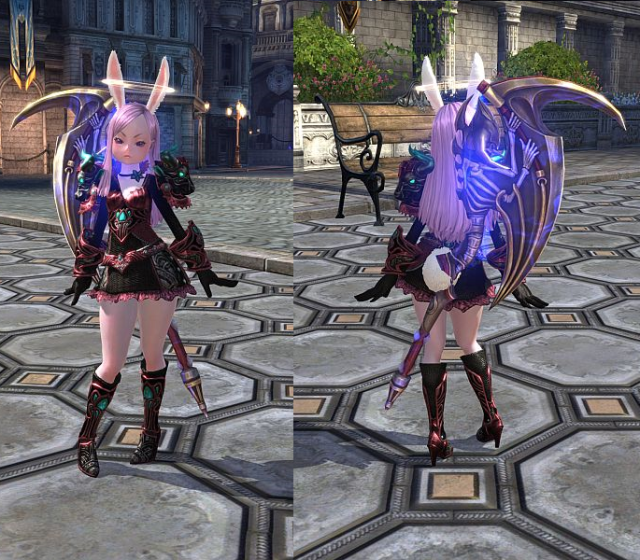