When I was a kid, up through about my late teens, I played an awful lot of pencil & paper RPGs.  It started with Dungeons & Dragons, of course.  A friend had the Basic Set – the “red box” that was the genesis of so many geeks – but we quickly outgrew that and went looking for more.  It was followed by AD&D, then Car Wars, Call of Cthulhu, Twilight 2000, Traveller, Gamma World, Rolemaster, Champions, Top Secret, and on and on and on.

These all needed dice.  A lot of dice.  Now, the hobby shops sold really nice dice, but I was pretty broke, so I made do with the dice out of introductory sets, and dice scavenged from old boardgames, and the occasional die from the hobby shop when I was feeling rich, and I kept them all in a Crown Royal bag that more-or-less epitomized the Height Of Cool as a teenager.

I still have that bag, and the dice. 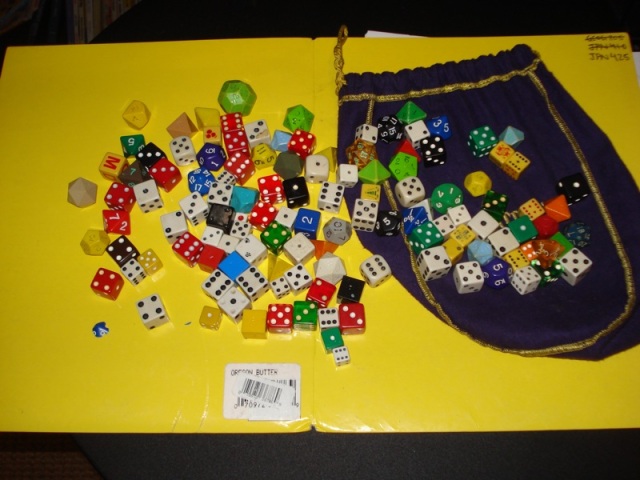 Eventually I discovered other hobbies, sold most of my gaming books and stuck the bag ‘o dice into a box, and in general left the world of pencil & paper RPGs completely behind.

So it’s rather odd to find myself part of a gaming group once again.  It’s a good bunch of people – my wife and myself, another couple about our age, a friend from school and her husband, and two teenage boys.

One of the teenage boys keeps his dice in a Crown Royal bag.  It made me feel all warm inside to see it.

Anyway, being an adult, I can finally afford to have a nice set of matching dice. I actually thought about getting metal dice, but I realized that most of the gaming takes place around a glass-topped table and that I didn’t want to go accidentally chipping my host’s furniture, so I settled for “pretty”. 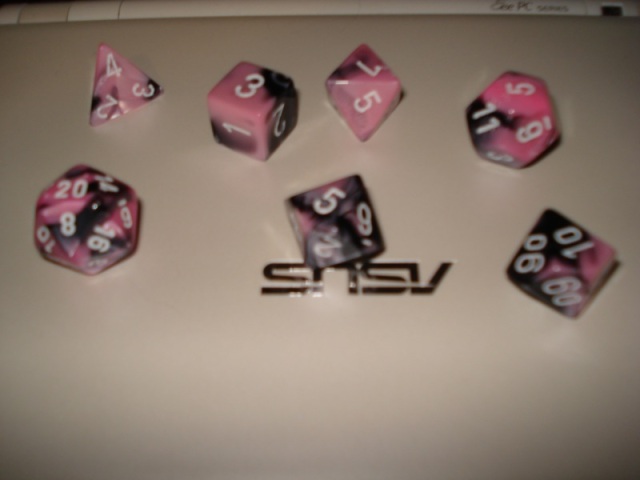 Being old: It has advantages.